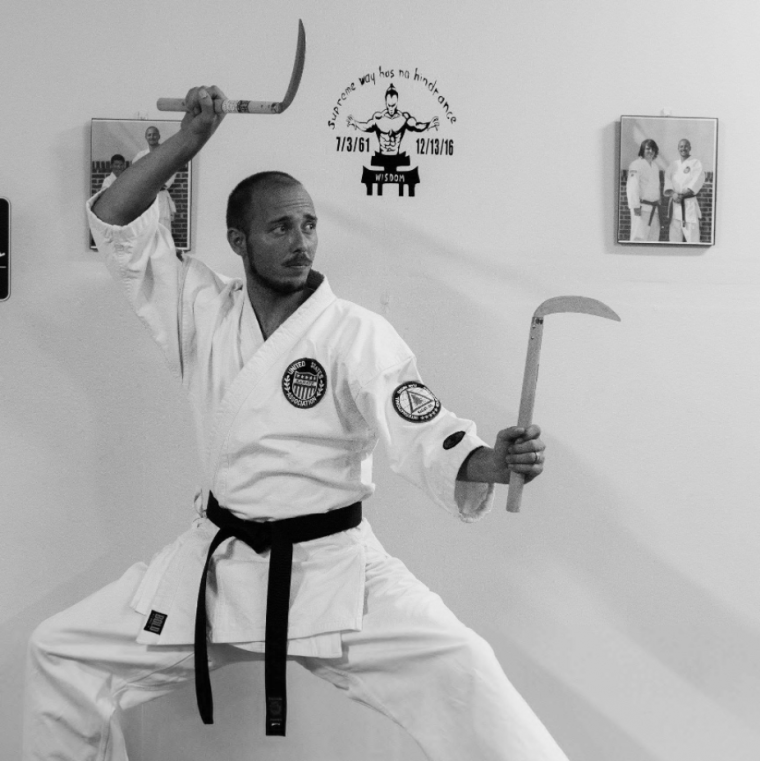 Sensei, Seonsaeng or Xiansheng (先生) is an honorific term shared in Japanese, Korean and Chinese; this is literally translated as "person born before another" or "one who comes before".[1] In general usage, it is used, with proper form, after a person's name and means "teacher";

Sensei Christopher Hovey began his martial arts career in 1992 in Hollywood, Florida.  In his early years, he trained under his grandfather, Hanshi Sil Sozio, and the late Grand Master  Andy Horne. Sensei Chris achieved the rank of Godan in Goju-Ryu and Nidan in Shinto Yoshin Jiu-Jitsu.  He currently holds the rank of Nidan in Shuri-Ryu and is actively training to further advance his martial arts knowledge and skills.  He also holds the rank of Sandan in Okinawan Kobudo and trick weaponry.

Sensei Chris was fortunate to be provided the opportunity to learn many traditional martial arts skills under Grand Master Andy Horne during their 25 year journey together before his passing in December of 2016.  He has been given the honor of carrying on the art of Katori Shinto Ryu (The Art of Drawing the Sword) which was passed to him by his Grand Master Andy Horne and previously passed to him by the late Master Swordsman, Ken Ogawa.

In addition to advancing his own training, Sensei Chris has trained numerous State, National, and World Champions.  He himself, holds 42 World Championship titles and is humbly proud to be undefeated in weapons and forms divisions and is also extremely proud to compete for the formal USKA. He plans to continue his teachings within the Sansei Shuri International Dojo as well as to continue an annual martial arts camp previously hosted by the late Grand Master Andy Horne.

In 2017, Sensei Chris made his life-long dream come true when he opened his first karate dojo under Sansei Shuri International.  His primary dedication is to growing his organization and building the skills of his current and future students. 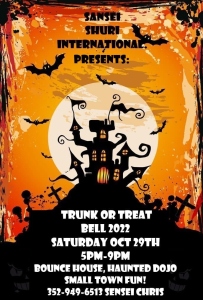